People use Kratom for relaxation, pain relief, anxiety, and several other reasons. In fact, in higher dosages, it is often used as a substitute for opioid drugs like morphine and heroin because it carries the same effect on the brain receptors. Unfortunately, like opioids, Kratom can also contain addictive properties, which you should be wary about.

Intolerance, dependency and cravings are some side effects that can come with using Kratom and can later lead to psychological and physical withdrawal when you eventually choose to stop using it. Though because of its easy availability, people may opt to take it to avoid symptoms of more severe opioid withdrawal.

Kratom (Mitragyna speciose) belongs to the Rubiaceae (coffee) family. It is an evergreen herb found in the region of Southeast Asia and Africa. At low dosages, it makes users more active and energized. In contrast, higher dosages relieve pain, but taking above the recommended amount may lead to Kratom acting as a sedative, causing drowsiness and users to fall silent.

Symptoms of Kratom are usually not as severe as that of opioids. However, some signs to watch out for are: blurred vision, fever, seizures, muscle aches, and anxiety. The risk of becoming dependent on Kratom increases with the dosage. Usually, more than 5 grams or more than once a day will start giving unfavorable effects in the long run.

Everyone is different, and everyone who takes Kratom doesn’t need to experience withdrawal after its discontinuation. Though more than often, you might get cravings and to counteract these effects, specialized hypnosis methods have become widely used.

The quick answer to that question is: yes. Many studies have shown the effectiveness of hypnosis in treating several medical conditions. Adding hypnosis to other methods only strengthens its ability to help people to stop addictions such as alcoholism and drugs. It’s also good to note that hypnosis combined with psychotherapy is the true and tried method in achieving desired results in overcoming addictions.

Hypnosis puts a person in a different state of consciousness and complete relaxation. This form of consciousness is called a trance state. In this state, a person is highly responsive to the power of suggestion, which is why it is also sometimes called suggestive therapy.

The method of hypnosis dates all the way back to ancient Egyptian times. Though hypnotherapy is a relatively new way of treating addictions, it has been used for years to help people quit smoking and treat nicotine addictions.

When you work with a professional, they’ll first walk you through what to expect while in the hypnotic state. Hypnosis is described as a state of extreme focus, calm and balance between consciousnesses. EEG scans show a shift in brain activity when in a hypnotic state. Hypnosis will bring sensations such as calmness, intense focus, openness to suggestion, relaxed muscles, and slowed heart rate and breathing. It has been compared to getting so engrossed in a movie or book that all other surroundings seem to fade.

In the hypnotic state, people have reported being able to hyper-focus on the problems that concern them. Doing this could work with their therapists to find ways to incorporate new behavioral changes.

Treatment through hypnosis is well worth trying. With the willingness to improve, people can come out of each session feeling less inclined towards their particular addiction, in this case, the cravings for Kratom.

The benefits of hypnosis include having almost no side effects aside from some patients reporting drowsiness after a session that wears off rather quickly. Hypnosis can also improve sleep since being put under hypnosis tends to relax muscles. It gives patients control over how they perceive pain, which is especially beneficial for those going through difficult withdrawals. Hypnosis provides a great alternative for patients who prefer to opt-out of traditional medicinal treatments.

It takes personal effort and the willingness to try hypnosis, as hypnotherapy has proven to increase the success rate of it working. A number of people have found hypnosis to work wonders for them in treating their addictions, and something as less severe as cravings could be a game changer for you.

Kratom is a readily available pain reliever that has the potential to act on opioid receptors; therefore, the chances of using it in higher dosages and developing a craving for it increases. Hypnosis by a professional is safe and can effectively overcome addictions or cravings. Studies have shown it has a greater success rate when the participant is willing to go under hypnosis. It can relieve stress and pain and allow you to focus on the positive changes you want to make. 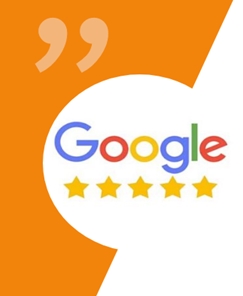 Joe Darrah
I went to David to stop smoking. He scheduled me for 3 sessions. After the first session I was a non smoker. I haven’t had a cigarette 2 weeks, and feeling better everyday. Not to mention the money I’m saving every month.
CLICK HERE AND LEARN HYPNOSIS